Get onboard and go east to see some of Alberta’s largest food-themed roadside attractions and sample some of the regions great culinary fare along the way!

Your Day Tour begins with a stop at Canada’s Largest Pumpkin Park situated in Smoky Lake, the Pumpkin Capital of Alberta.  You will have time to explore and take a few photos of the large concrete pumpkins, taller than your average person.

Then on to the 20-foot tall fungi replica sculpture of the World’s Largest Mushrooms situated in the charming village of Vilna, where mushroom hunting in the area has been a tradition since the early Ukrainian settlers arrived in the early 1900’s. The tricholoma uspale, a mushroom indigenous to the region, is featured in many local dishes. As a participant in Alberta’s Main Street Program the village has beautifully restored historic buildings, hand carved benches and a wooden boardwalk.

Continue on to the village of Glendon to visit the World’s Largest Perogy.  It’s 27 feet tall and comes with its own massive fork!

The town of Vegreville welcomes you as you visit the World’s Largest Pysanka (Ukrainian Easter Egg). Built as a tribute to the RCMP Centennial, the Pysanka represents harmony, vitality and culture.

Travel to your last stop, the town of Mundare, commonly known as the Sausage Capital of Alberta. Enjoy a photo stop at the World’s Largest Sausage, a 42-foot high replica built by the Stawnichy family in 2001.  A visit is not complete without a stop at Stawnichy’s Mundare Sausage to bring home some of their world-famous sausage and other authentic Ukrainian food products.

Journey home with fond memories of the community-driven towns and villages rich with history and pride. 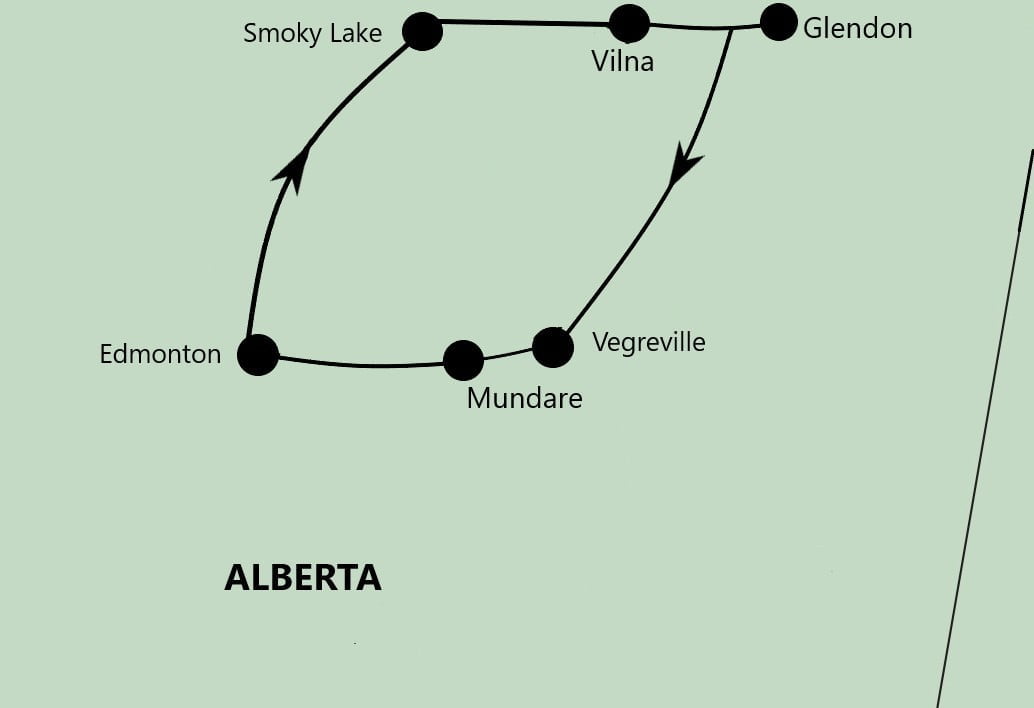