Come along and explore the French settled areas of Sturgeon County and English and German settled Westlock County.

Edmonton to Morinville to Westlock to Edmonton

Drive through Morinville, first settled by Jean-Baptiste Morin in the late 1880’s.  The French and German pioneers that settled the area built a community that has become known for many successful business ventures, and was home to one of the first Royal Bank of Canada branches in Western Canada in 1910, and an early credit union that opened in 1940.  Continuing on, we head into Westlock County, located on the Alberta Plains astride the divide between the Athabasca and North Saskatchewan River systems.  Enjoy a stop at the Morinville Colony, where the Hutterites operate a farm store selling all manner of farmed produce, baked goods and more before arrival in Westlock.

The Canadian Tractor Museum, considered by many to be the best agricultural implement museum in Canada, will be your main morning stop.  You will be fascinated by the many restored antique tractors, but don’t forget to see the world’s tallest functioning weathervane while you are there!

After your included lunch, visit the Westlock Pioneer Museum – a stunning collection showcasing pioneer life in the area.  From Aladdin lamps, to guns, to sound machines, Kewpie Dolls and so much more, there are lots of things here to pique anyone’s interest.

Complete your relaxing day in the country by returning to Edmonton via a different scenic route through the Alberta Plain, arriving approximately 5:00 p.m. 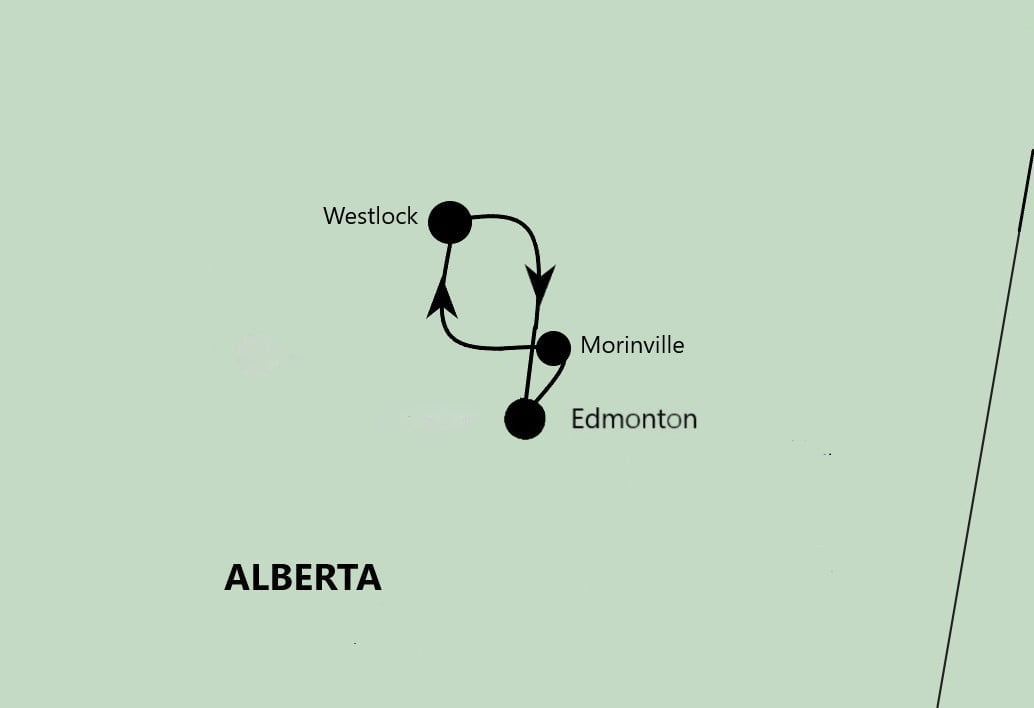