Bitaemo – “Welcome” in Ukrainian.  Join us on a fun Day Tour of Ukrainian culture and history.  Visit the Ukrainian Cultural Heritage Village near Elk Island, the town of Vegreville and their giant Ukrainian Easter egg monument and Mundare, with time to shop at Stawnichy’s Mundare Sausage.

Edmonton to Vegreville to Edmonton

Heading east on the Yellowhead Highway, you’ll soon arrive at the Ukrainian Cultural Heritage Village.  This living museum was founded in 1971 to interpret the theme of early Ukrainian settlement in East Central Alberta prior to 1930. Be sure to wear your walking shoes!  While at the village, you will enjoy an included authentic Ukrainian lunch with meatballs in mushroom sauce, Pyrohy (Perogies) and Beetniks (dough wrapped in beet leaves in a dill cream sauce).

After an interesting exploration of the Ukrainian village, continue east to Vegreville, home to one of the Yellowhead Highway’s premier tourist attractions, the World’s Largest Pysanka.  The Pysanka, the Ukrainian style Easter egg, symbolizes the harmony, vitality and culture of the community.  It was dedicated as a tribute to the 100th Anniversary of the RCMP in 1973, and to their role in bringing peace and security to the largest multicultural settlement in all of Canada.

As you make your way back home, stop in Mundare to see the World’s Largest Sausage.  There will be time for you to shop at Stawnichy’s Mundare Sausage store nearby if you wish.  Continuing on, arrive back in Edmonton in the late afternoon, sharing memories of your day’s outing with your new-found friends. 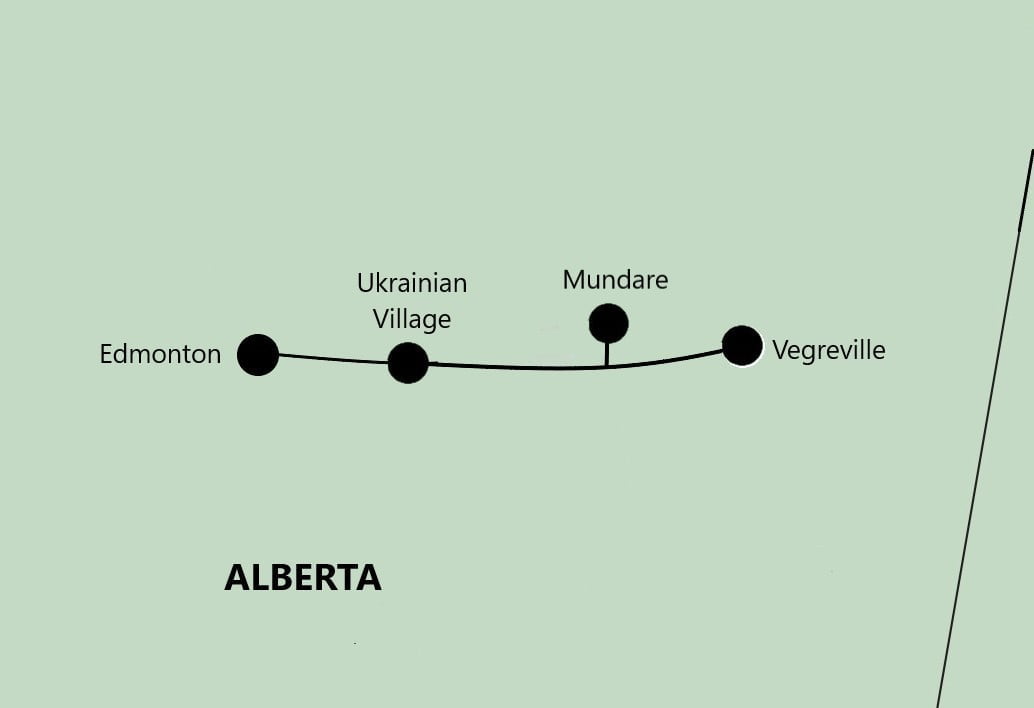 2023 Pricing to be Announced