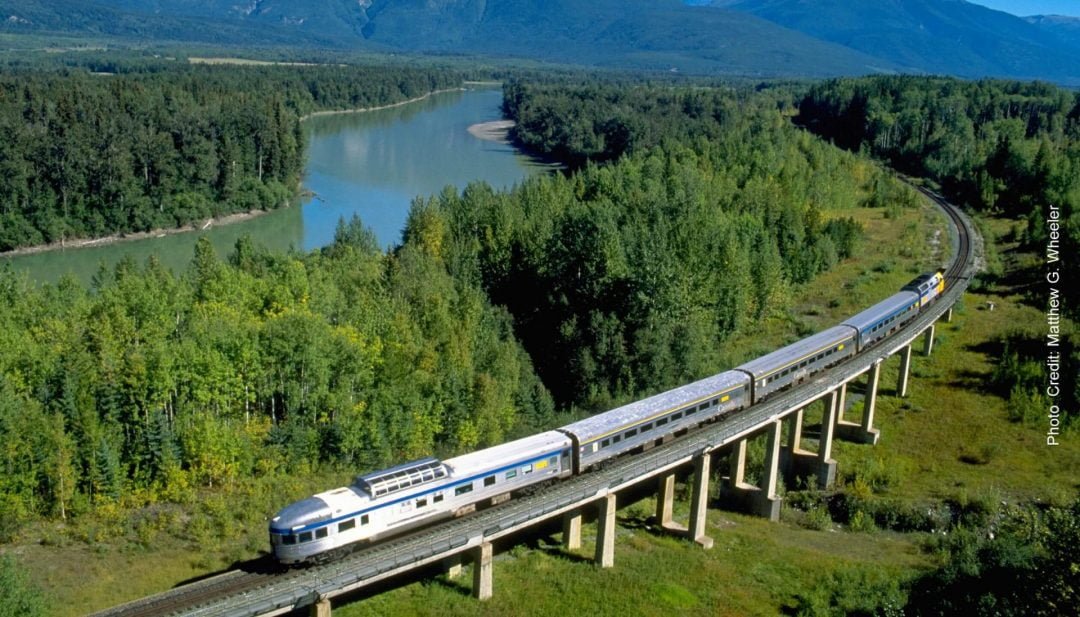 Tour left Edmonton with anticipation of exciting events ahead
Travelling along, picking up passengers, tour director was well read
Tour soon came to Banff, only town incorporated in a National Park
Incredible scenery, seen many times by some, on others left its mark

New Westminster, Inn at the Quay was the day’s overnight stay
Tour ferried from Horseshoe Bay to Nanaimo, smooth sailing all the way
Had a break in Campbell River to buy snacks for long ferry ride next day
Arrived at Port Hardy for overnight stay, up early, early for trip to the Bay

Boarded Northern Explorer for long voyage ahead, a bunch of sleepy heads
Got key for Aurora Lounge where we could relax, some took a cabin, with beds
Sailing to Bella Bella, saw the salmon jump, water was very calm
Saw porpoises, whales, a seal, lighthouses, islands, trees but no Palm

Highlight for some was a visit to the bridge – very informative
Prestige in Prince Rupert, for two nights is where we did live
Visited Sunken Garden, Port Interpretive Centre, Museum of Northern BC
North Pacific Cannery, had lunch at Cow Bay, halibut from the sea

Prince Rupert was Halibut Capital of the World, we tasted the local fare
Weather was wet, poured rain all day, as only it can do up there
Next day rain had let up, passenger’s spirits were revived
Long ferry ride over, time for a new adventure had arrived

Skeena Train was in operation and we went along for the ride
Snacks provided, three meals served at our seats VIA Rail pride
Access to the Dome car from which you could see all around
Travelling the rails to Vanderhoof town, the tour was bound

Different route than the highway, scenery from a different view
Passed communities, canyons, lumber mills, crossed rivers too
Made several stops on a siding, freight trains have priority
Magnificent experience, exhilarating according to majority

At Vanderhoof, train was met by our bus to continue the day
Sandman Inn & Suites. Prince George was tour’s overnight stay
Lunch and group picture next day at Mt. Robson Provincial Park
Saw stand of pine beetle infestation, beetles burrow under the bark

Driving tour of Jasper, then off to Hinton for the overnight stop
Farewell Dinner at Holiday Inn was excellent, service was over the top
Homeward bound next day, morning break at Niton – neat little spot
At Edmonton Inn new Friends were bid farewell, there were a lot

Lunch was in Ponoka where we bid farewell to two more
In Red Deer, home of Red Deer College, tour dropped off four
Onward tour travelled dropping off passengers here and there
Tour ended at Calgary with last drop-offs without fanfare

Three modes of transportation – motorcoach, ferry and train
Nagel has put together an exciting tour once again