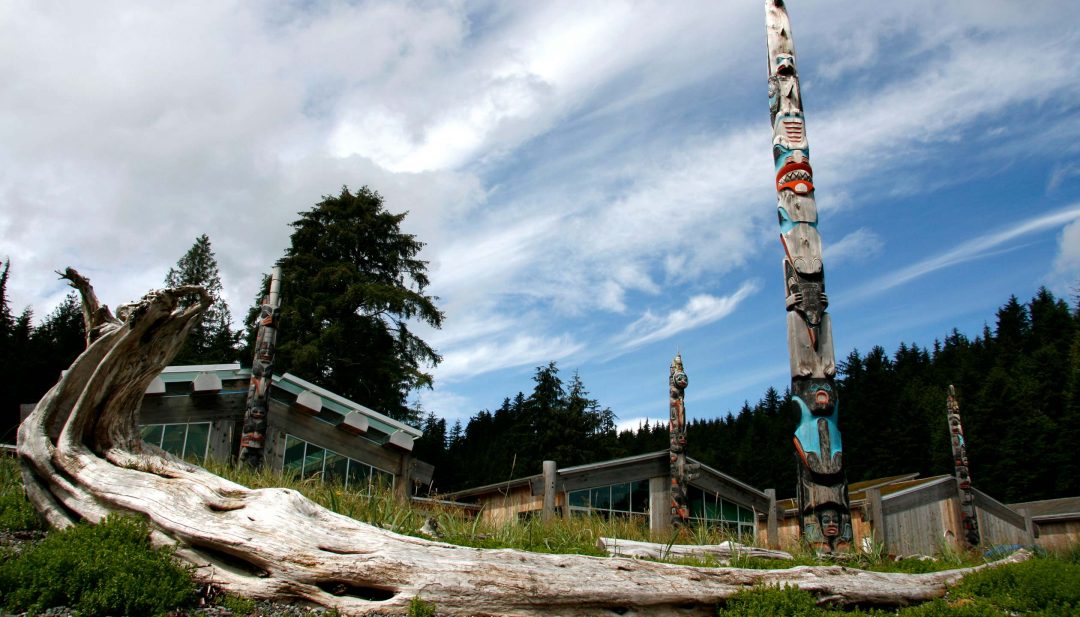 Nagel has a NEW tour going to mystical Haida Gwaii
Those magical islands which across Hecate Strait lie
Tour originated from home of Stollery Hospital, Edmonton
Where stands a totem pole carved by Haida Ben Davidson

Passed Fort Fraser, site of last spike (1914) on GTP Railway
Lunched in alpine-themed Smithers, under mountain Hudson Bay
At Hazelton, BC we visited the K’san Historic Village site
Guided tour of the longhouses, was interesting, gave us insight

Stayed overnight in Terrace, BC, city symbol is the Kermode bear
It is home to the University of Northern BC, established 1975, there
Visited the Nisga’a Lava Bed Park, a simply amazing stop
Toured Nisga’a villages, educational stops, way over the top

Spent night in Prince Rupert, BC, known as the “City of Rainbows”
Ferried across water, saw Skidegate, up close, unloading problem arose
Used Queen Charlotte village as the base for the next three days
The long-awaited visit has just begun, to learn the Haida ways

Tasted a Haida feast, everything, except dessert, came from the sea or land
Were entertained by Haida dancing, song and music, enjoyed the band
Our time on Haida Gwaii has quickly come to an end, what a pity, Pity!
Ferried back across the water to spend two nights in Prince Rupert City

Visited Sunken Gardens, Museum of Northern BC, and Cow Bay for lunch
Pacific Cannery Historic site, saw Shoe Tree with hanging footwear, a bunch
Travelled the journey west, in reverse, closing the gap to our home town
Stopped at the Ancient Forest, near McBride, excellent stop hands down

Farewell dinner was in Hinton, last night out, time for handshakes and hugs
Laughter and talk, toasts to share, home tomorrow, lift your mugs